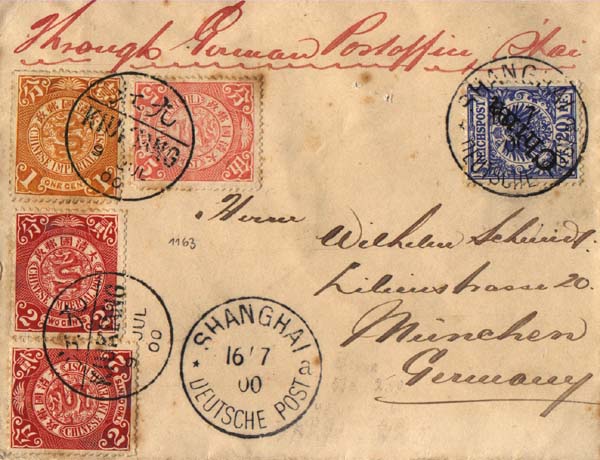 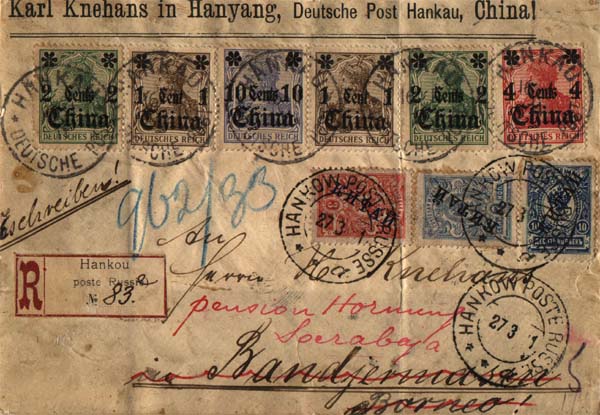 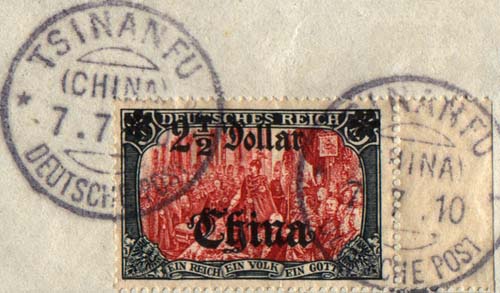 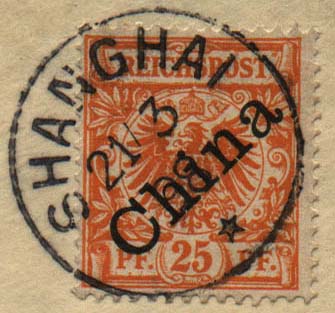 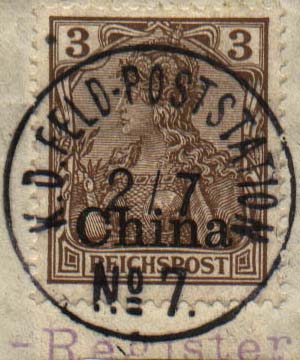 China is roughly twice the size of Europe and has a population of over 1000 Million. It extends from North to South over 3,600 kms and from West to East over 4,400, a distance corresponding to that from the Pyrenees to the Urals. The differences in climate are huge. While in Southern China the average temperature in the coldest month is minus 15 degrees Centigrade it is minus 28 degrees in the North. Accordingly the conditions favouring European health are good in the North while in central and southern China (from Shanghai to the South) malaria, typhus and dysentery are to be found. Details can be looked up in any appropriate work of reference. Here one can only comment on the conditions which had an influence on the areas where the German Post Offices were active which was on the coast and its hinterland as well as the valley of the Yangtse river. Traffic was assisted by good port facilities and rivers navigable for long distances, later also by railways. 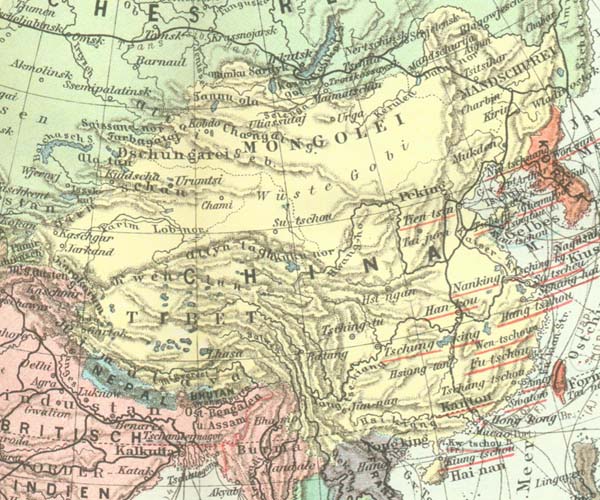