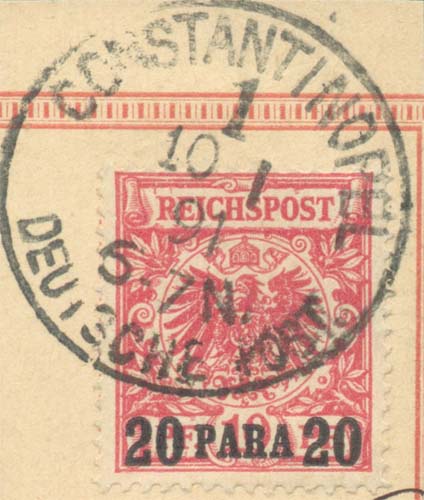 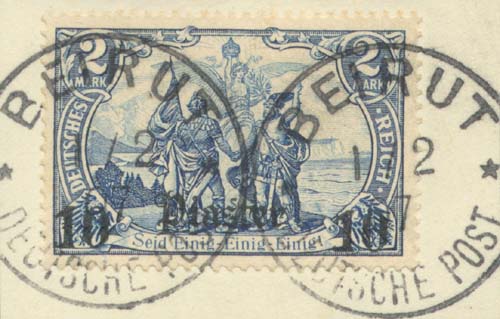 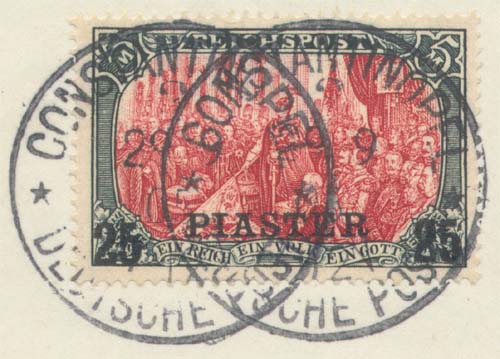 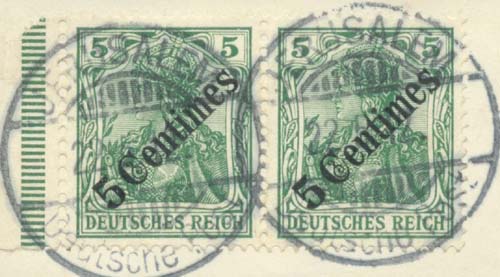 When the Postal Agency of the North German Postal Federation opened its office in Constantinople on 1st March 1870 the Ottoman Empire stretched from Bosnia across Bulgaria and the Near East to the borders of Persia, across Mesopotamia and the Arabian peninsula, and included with Egypt and Tunisia a large part of North Africa. The interests of the German Post however were confined to Constantinople to which the Near East including Lebanon and Palestine were added later.

Today Turkey covers an area of 780.000 sq. kms with about 42 million inhabitants. If one adds the Lebanon and Palestine then this approximates to the area in which the German Post Office in Turkey operated. If one excepts Jerusalem these Offices were all in coastal cities. The average climate corresponds to that found in southern Europe and was thus thoroughly acceptable to Europeans. The population of the ports encompassed the typical racial mixtures of the Levant.